Blue chip stocks are generally consider a moderately low risk investment but many other stocks have a much higher risk factor.  When most people hear the term high risk investment they think of things like fixed return options,  Forex certificates and CFD Certificates but there are many penny stock that carries the same amount of risk when you look at how likely you are to lose your entire investment.

Legislative changes can heavily impact a business. If you invested in a company that produces pesticides for farms, and those pesticides are outlawed on one or more major markets, you have a problem. Other examples of legislative risk are antitrust suits, specific taxes and new standards for product approval.

Sometimes, no actual law change is required to cause problems for a company. A new interpretation of an existing law, e.g. by law enforcement agencies or as the result of a court case, can have a major impact on the bottom line of a company. Newly published scientific research results can also cause a product to suddenly fall under the auspices of an existing law or similar regulation.

A model is a simplified and less complex version of reality. The use of financial models is on the rise, but relying on models do come with its own set of risks.

Example: A financial model is used to measure the market risks of a corporation. Due to flaws in the model, it does not capture all risks correctly and it gives a skewed impression of reality.

It is not uncommon for investors to rely on models without fully comprehending the underlying assumptions and the limitations of the model.

Real case: Long-Term Capital Management L.P. (LTCM) was a hedge fund management firm that collapsed in the late 1990s, requiring a bailout from the U.S. Federal Reserve. The core investment strategy of the fund had been convergence trading, i. e. using quantitative models to exploit deviations from fair value in the relationships between liquid securities across nations and asset classes. Unfortunately, a small error in the computer model was made larger by several orders of magnitude due to the highly leveraged trading strategy. After the collapse, Wall Street firm Merrill Lynch stated in their annual report that mathematical risk models ”may provide a greater sense of security than warranted; therefore, reliance on these models should be limited”1.
The mortgage crisis of 2008-2009 is another often hailed example of model risk. The risk exposure model was not giving an accurate representation of risks associated with subprime mortgage investing.

When assumptions and underlying businesses models within the economy are wrong, it can set off a domino effect where not only the companies that employed the model are hurt.

When was the last time you bought a cod piece? Or a charcoal iron? Or had letters delivered by the Pony Express?

A company always runs the risk of having its goods and services become obsolete, e.g. because of technical land-winnings or due to societal changes. There is also the risk of someone else making a similar – but cheaper and/or better – product that makes the old product unwanted.

Many of the companies that are huge today are younger than half a century. Among the companies that are older than this and still thriving, we can typically see how they have changed and evolved with the times to stay relevant. The Coca-Cola Company is still selling Coca Cola, but the corporation has gone through major changes since 1886 when it comes to everything from logistics and packaging to marketing and product line.

Changes in commodity prices can impact a business.

Even a company that doesn’t directly deal in a certain commodity can be impacted by price changes. If the price of crude oil goes up, the gasoline price typically follows in suit. In this situation, consumers might decide to cut back on other spending instead of cutting back on gasoline purchases. They might refrain from spending money in restaurants, go to the cinema, buy high-end clothing, etc. While this change in behavior might hurt certain companies, it can benefit others. A low-end clothing chain might for instance see increased sales, as consumers seek them out to reduce clothing costs. 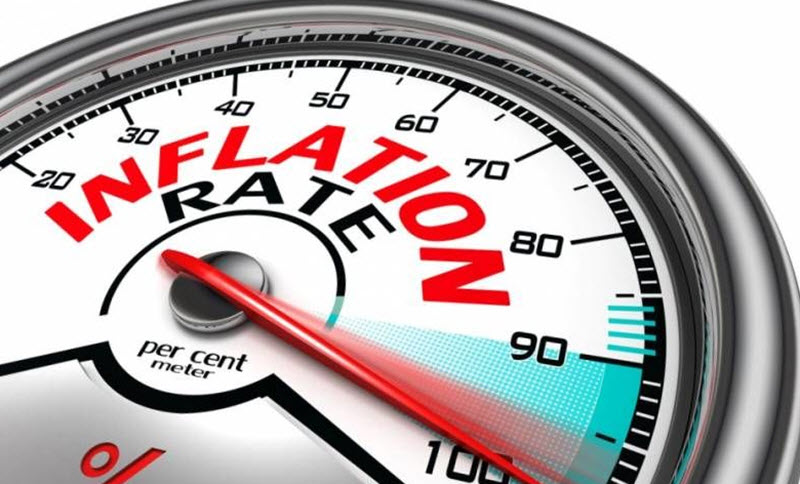 These two risks are often discussed together, since they tend to be connected to each other. Here are a few things to consider:

A company’s credit rating will impact its ability to find financing with favorable conditions. It will impact how much the company can borrow and factors such as interest rate and repayment schedule for the loans.

A publicly traded company is continuously rated by analysts, and any changes to the publicized rating is known to provoke a quick and sometimes disproportional response from the market. Major swings up and down can be difficult to make sense of for someone who is actually looking at the factor or factors that provoked a change in rating.

Headline risk is the risk that stories in the media will have a negative impact on an enterprise.

Headline risk can be tricky to predict and estimate, since the news doesn’t have to be about the specific company to have an impact on the company’s business. When the world’s media focused on the Fukushima nuclerar crisis of 2011, stocks in companies related to uranium mining dropped, and utility companies with nuclear power in their grids also took a beating.

The risk of illegal or disreputable actions coming to light. Is management skimming money out of the company? Are the stated earnings incorrect or presented in a highly skewed way? How about those special offshore investment vehicles?

Detection risk isn’t just about how illegal or dishonest practices can damage the company in their own right; it is also about how the market will react to allegations, suspicions or proof of such dealings. In this sense, detection risk can be seen as a variant of headline risk.